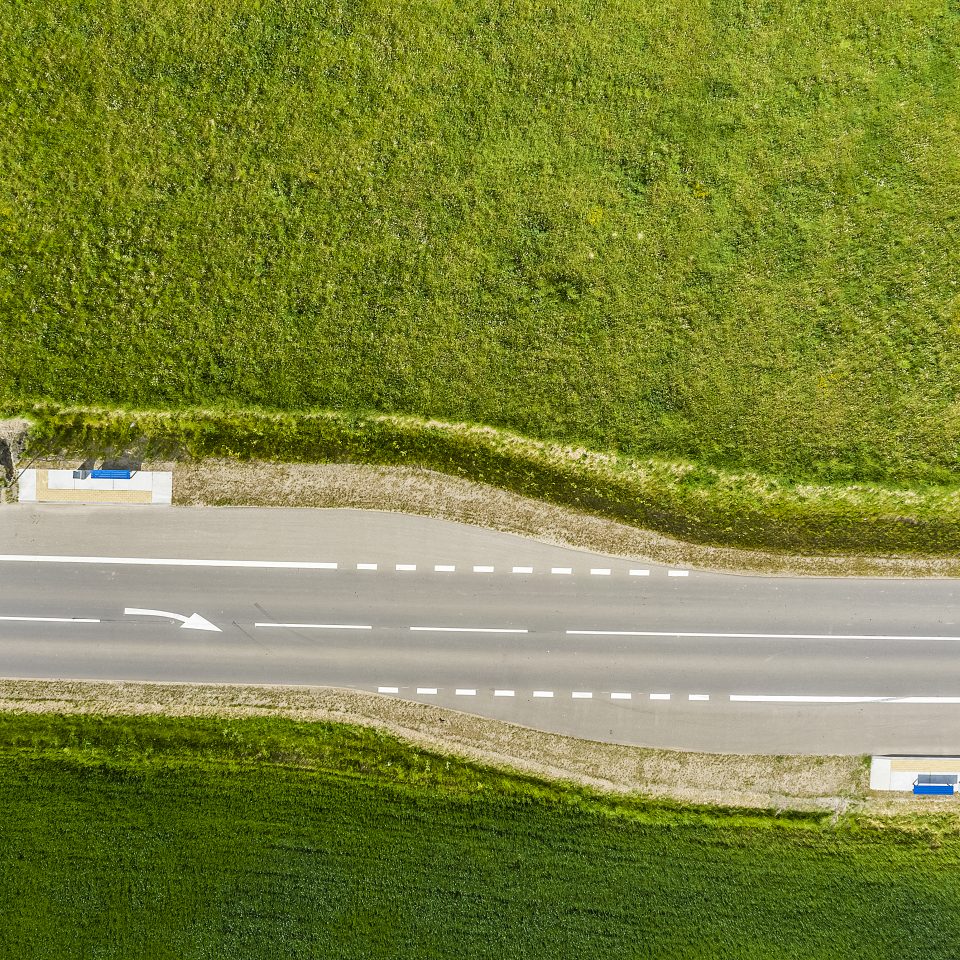 When performing major repairs of the regional road of national significance No. 3313, it was planned to pave the 6 m wide road with asphalt. The roadsides are 1 m wide and are made of chippings. The total length of the repaired road is 7.40 km. Entrances to other roads and crossroads were made from asphalt. 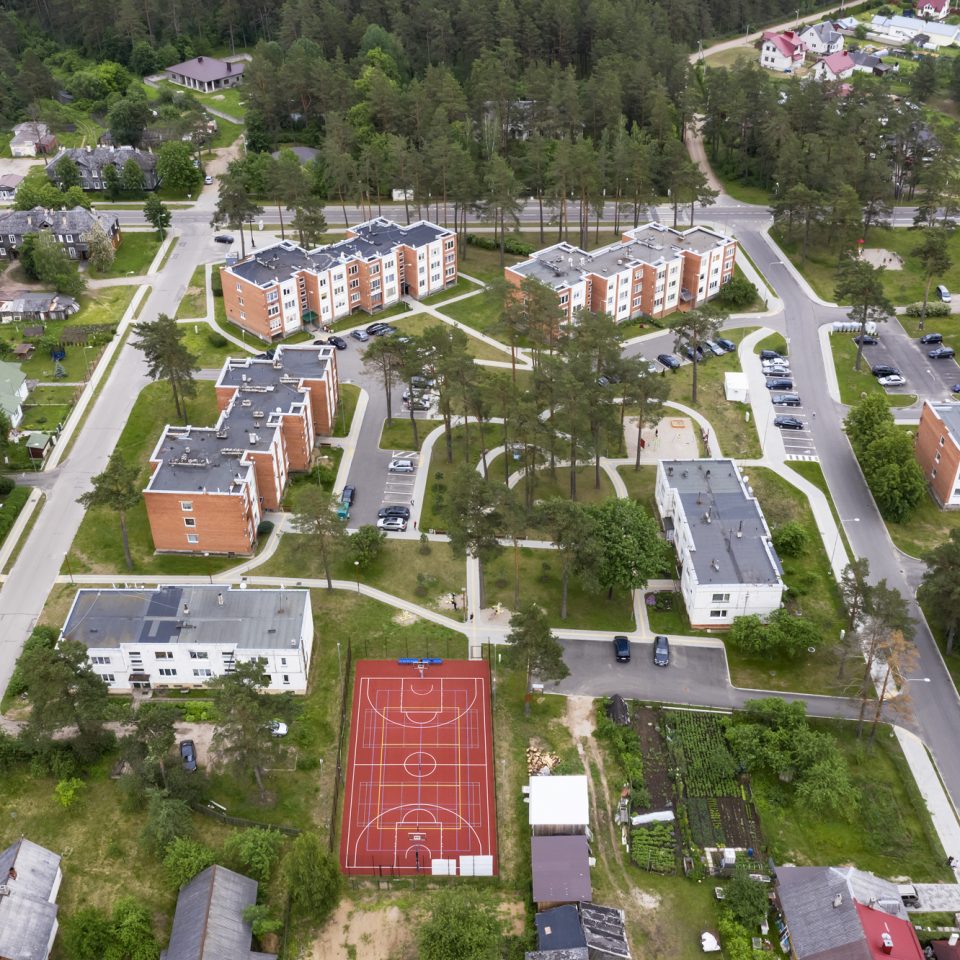 he project envisaged the arrangement of the public infrastructure of the block of apartment buildings in Baltoji Vokė. A 243 m length Naujoji street (D category) in Baltoji Vokė was reconstructed. A 6 m wide roadway (asphalt pavement), a 2.5 m wide path for cyclists and pedestrian, and 1.2–1.5 m wide pedestrian paths were installed. Parking lots were reconstructed. A park in the centre of the block has been arranged, pedestrian paths, benches, rubbish bins, and other small architectural elements were installed, and areas with greenery were formed. 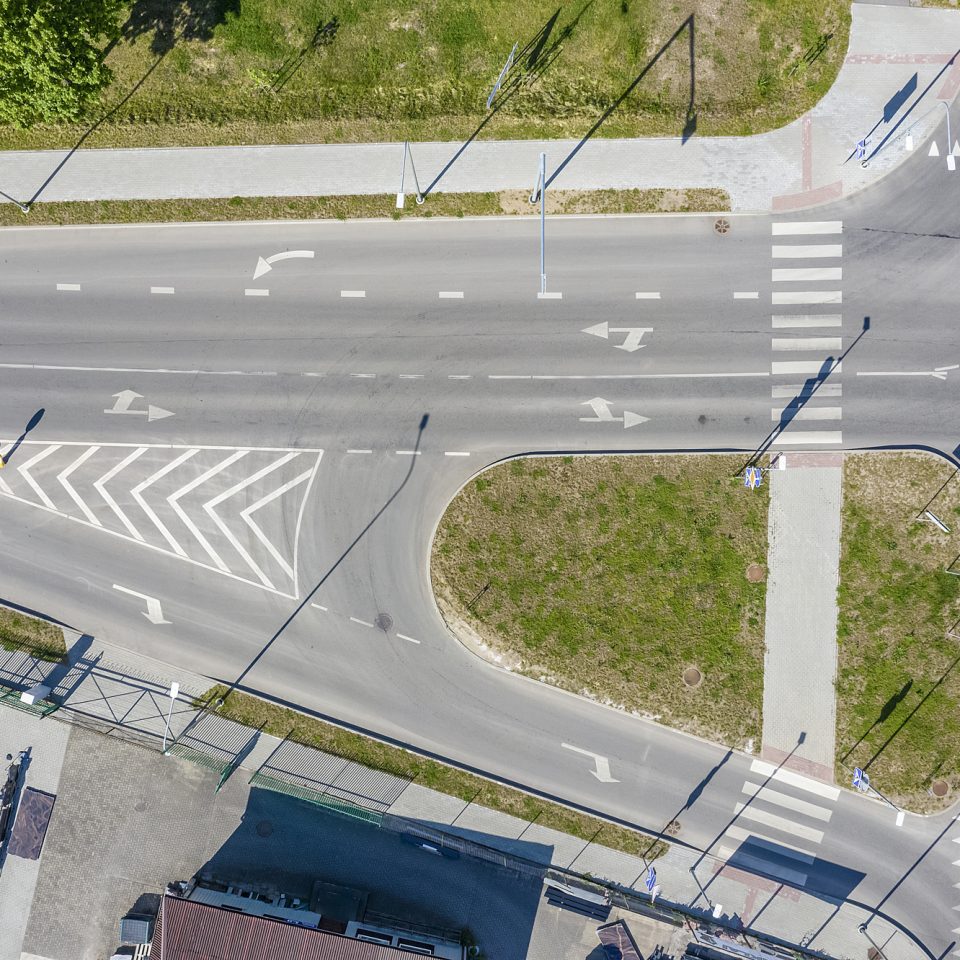 Reconstruction works of one of the main parts of Stotis street in Tauragė from J. Tumas-Vaižgantas street to the Tremtiniai road have been performed. A new construction of the roadway was designed, parking spaces were planned, pedestrian paths were reconstructed, and landscaping of the street was planned. New street lighting and rainwater drainage networks were designed. 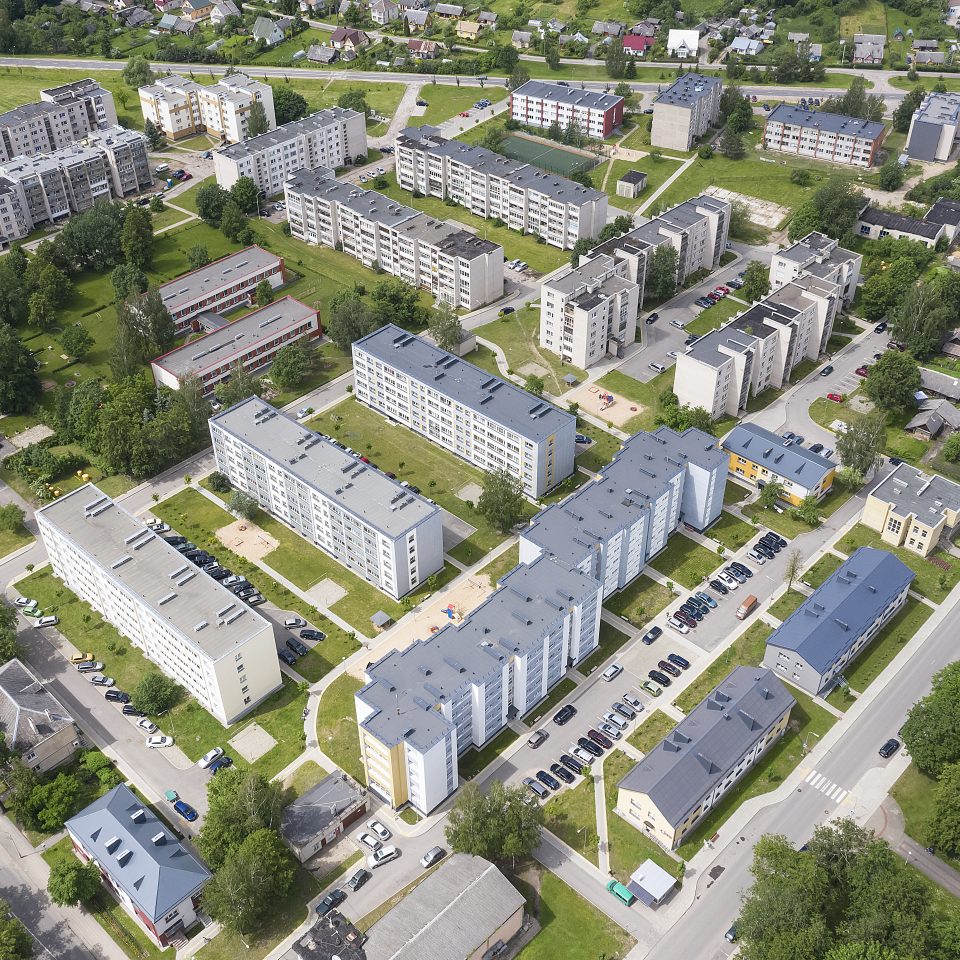 In the block, asphalt pavements, driveways, parking lots with 205 parking spaces, and sidewalks were reconstructed. Children’s playgrounds, concrete outdoor chess tables and table tennis tables were installed, trampled paths were paved with concrete blocks, and 2.5 m-wide paths for pedestrians and bicycles were paved. 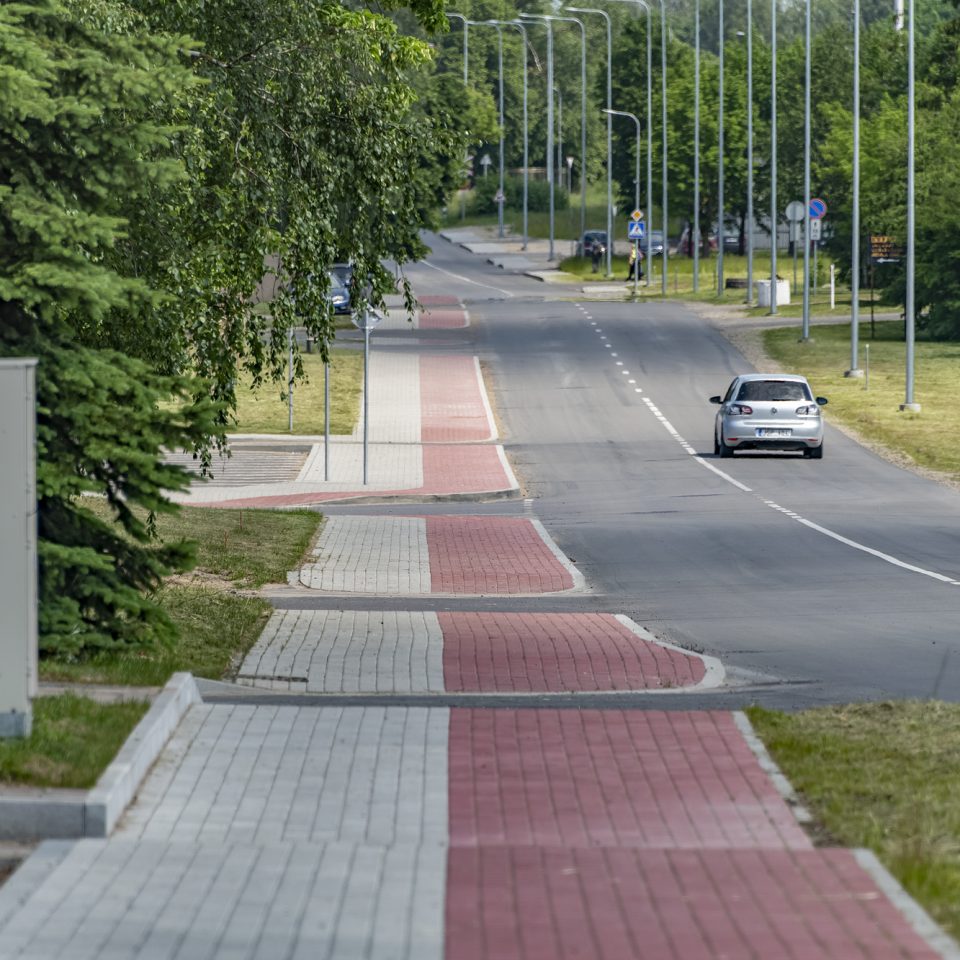 Pramonė street within the city limits of Telšiai city was reconstructed. The section of the street begins at the state road No. 161 Telšiai–Seda and continues to Geležinkelis street. The roadway of the street is 6.50 m wide, has two traffic lanes, and is adapted for heavy transport. Rainwater drainage and lighting networks were installed. 1.5-meter-wide pedestrian and 2.5-meter-wide pedestrian and bicycle paths from grey and red blocks were installed. 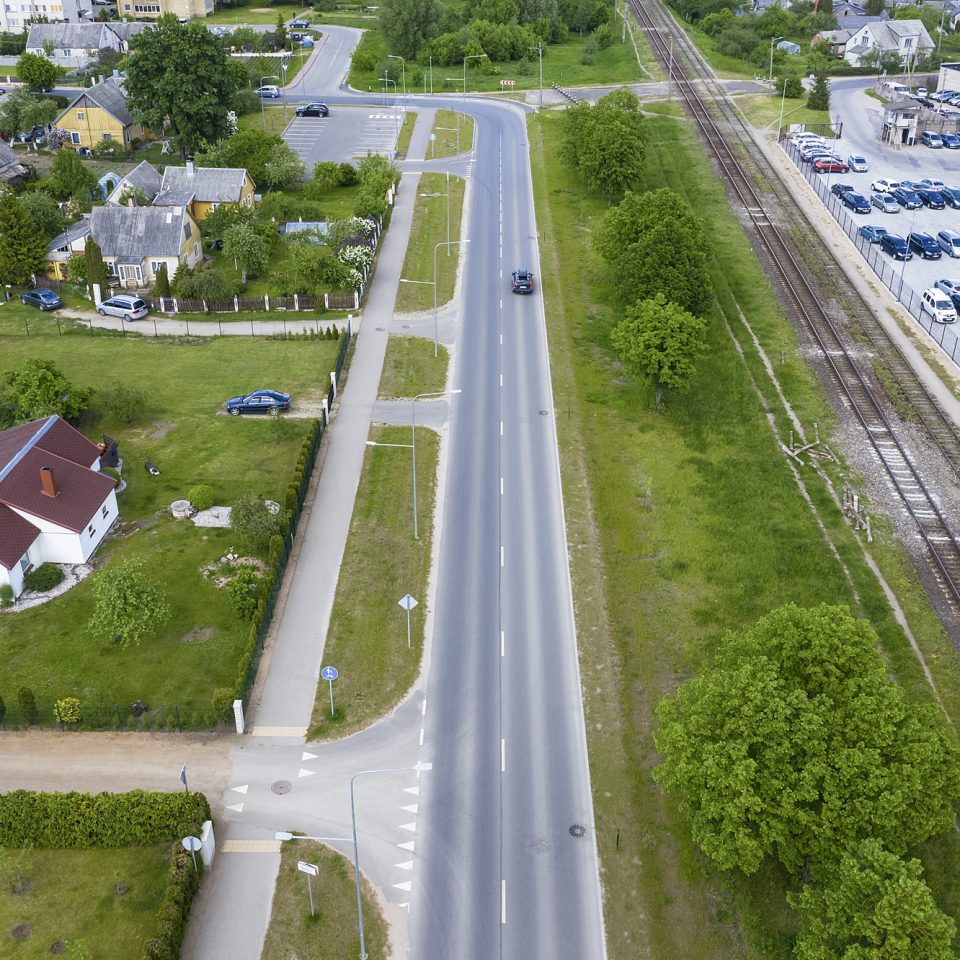 Reconstruction works of one of the main streets of Tauragė city, i.e., Tremtiniai road, were carried out. A new layout of the roadway and a parking lot next to the street were designed and pedestrian paths were reconstructed. New street lighting networks were designed. 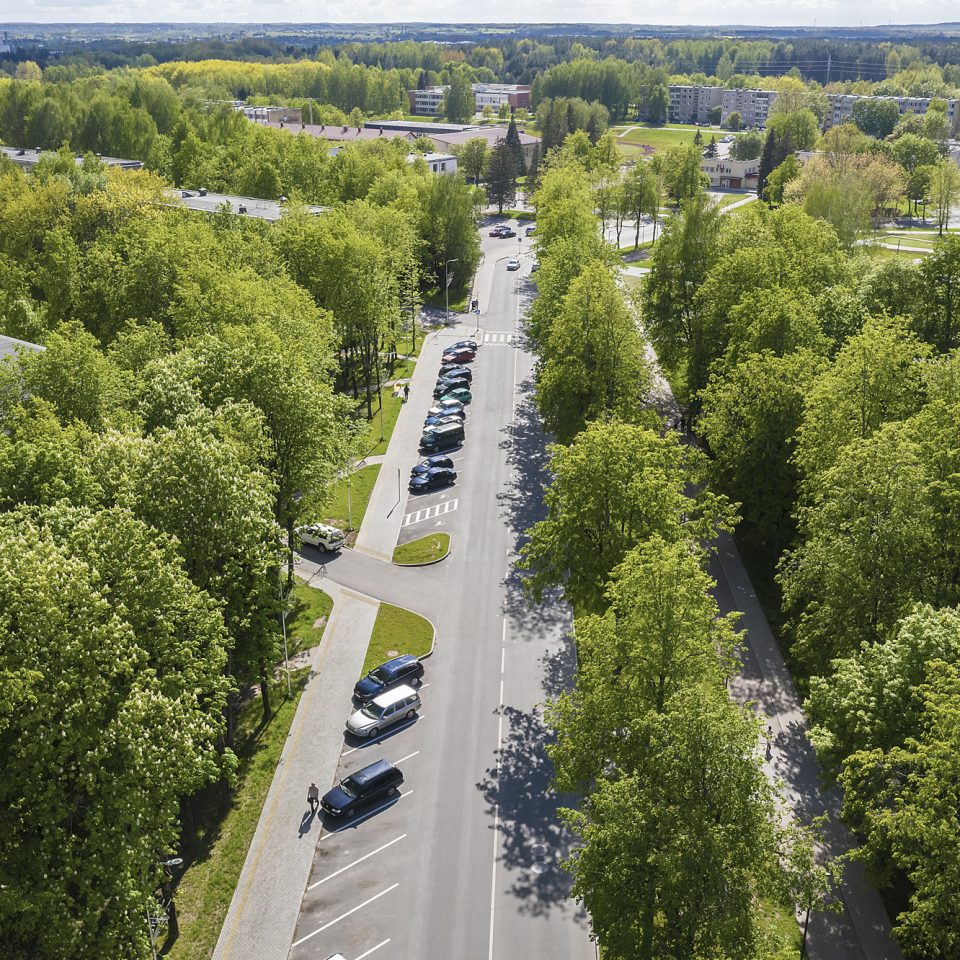 Reconstruction works of one of the main streets in the central part of Elektrėnai city were carried out. The roadway of the street was renovated, parking spaces were installed, and pedestrian paths were reconstructed. 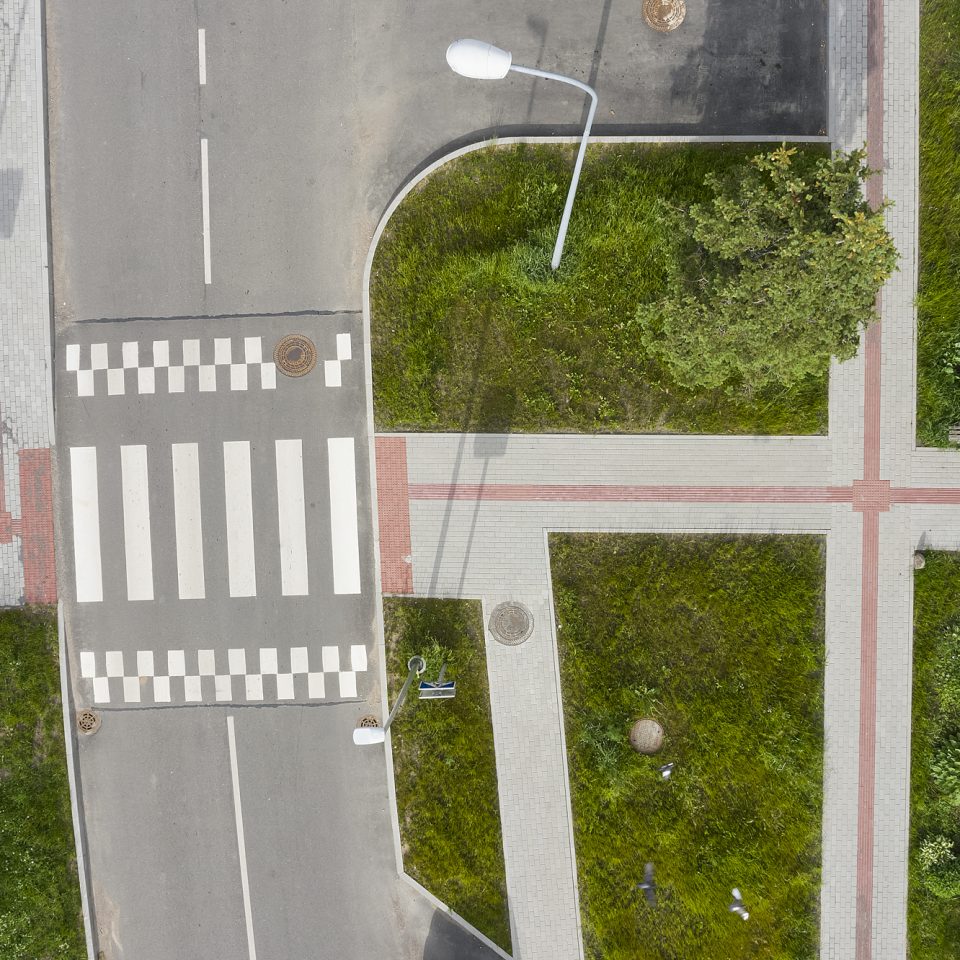 The reconstructed Šalčia alley is located in the central part of Šalčininkai city. I and II stages of the project were carried out. The alley starts at the crossroad with Vilnius street and ends at the crossroad with Krantinė street. Category D Šalčia street is a 264 m long and 6.0 m wide roadway with asphalt pavement. 1.2–1.5 m wide sidewalks and parking spaces were installed on both sides of the street. The infrastructure was adapted for people with disabilities. Benches and trash cans were installed.

A project for the arrangement of the central part of Šilutė city, i.e., Šilokarčema, was prepared. The block is in the heart of Šilutė, i.e., in the cultural heritage area. Roadways, pedestrian paths, outdoor lighting, and rainwater drainage networks were designed. 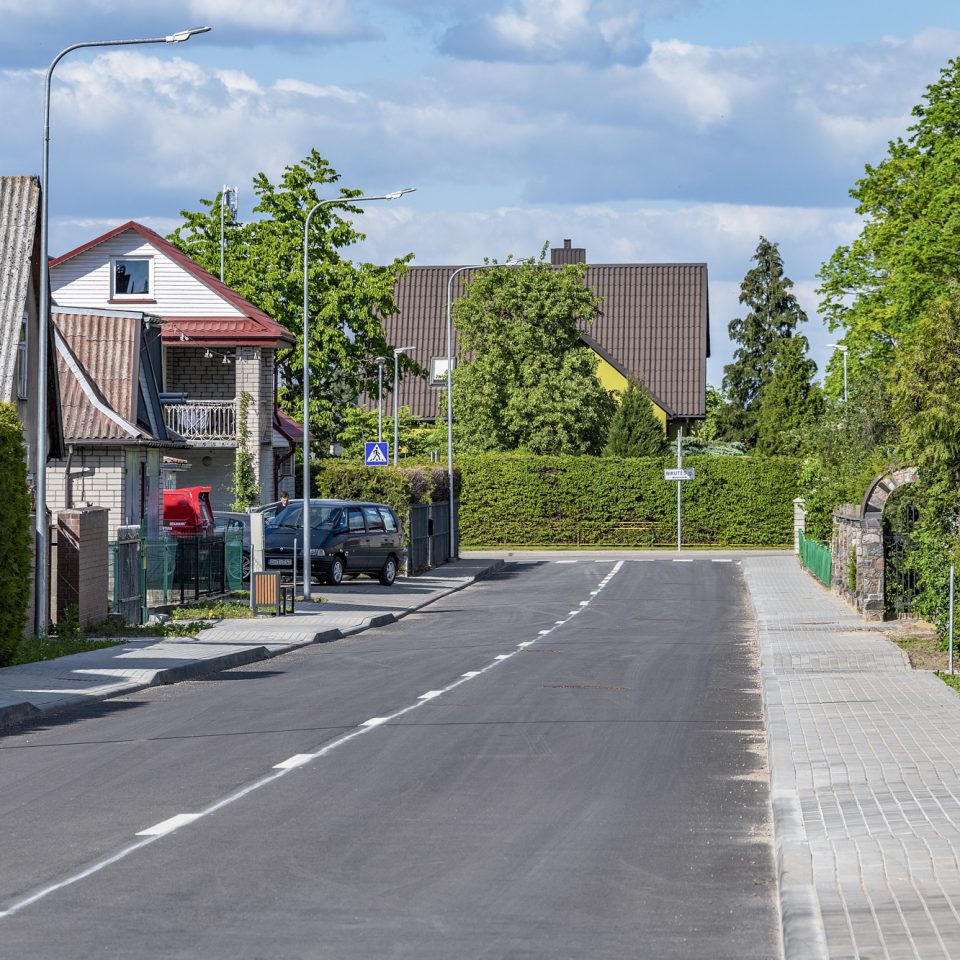