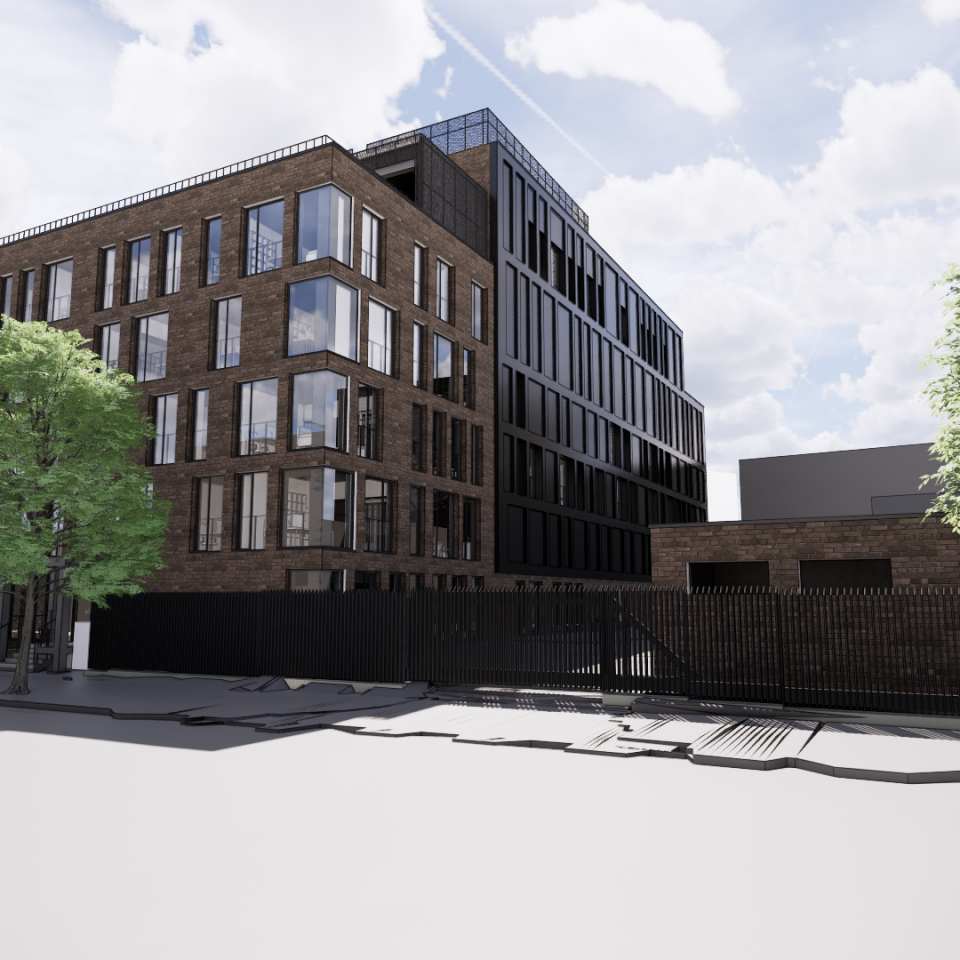 An administrative building of the Dignitary Protection Service (T. Ševčenkos g. 13, Vilnius) was designed. The purpose of the reconstruction was to reconstruct the existing building of the Institute of Geology and adapt it to the activities of the Dignitary Protection Service. The designed administrative building with special purpose premises is located in the new part of Vilnius city. The building has 5 floors and a superstructure. The building consists of two blocks. The part of the building along the street harmoniously blends with the buildings the architecture of which is typical for the new part of the city. For the façade decoration clinker was used. The higher block in the yard is bigger. The biggest challenge was to accommodate in the reconstructed building all the spaces that meet the expectations of the building user that had very specific needs. 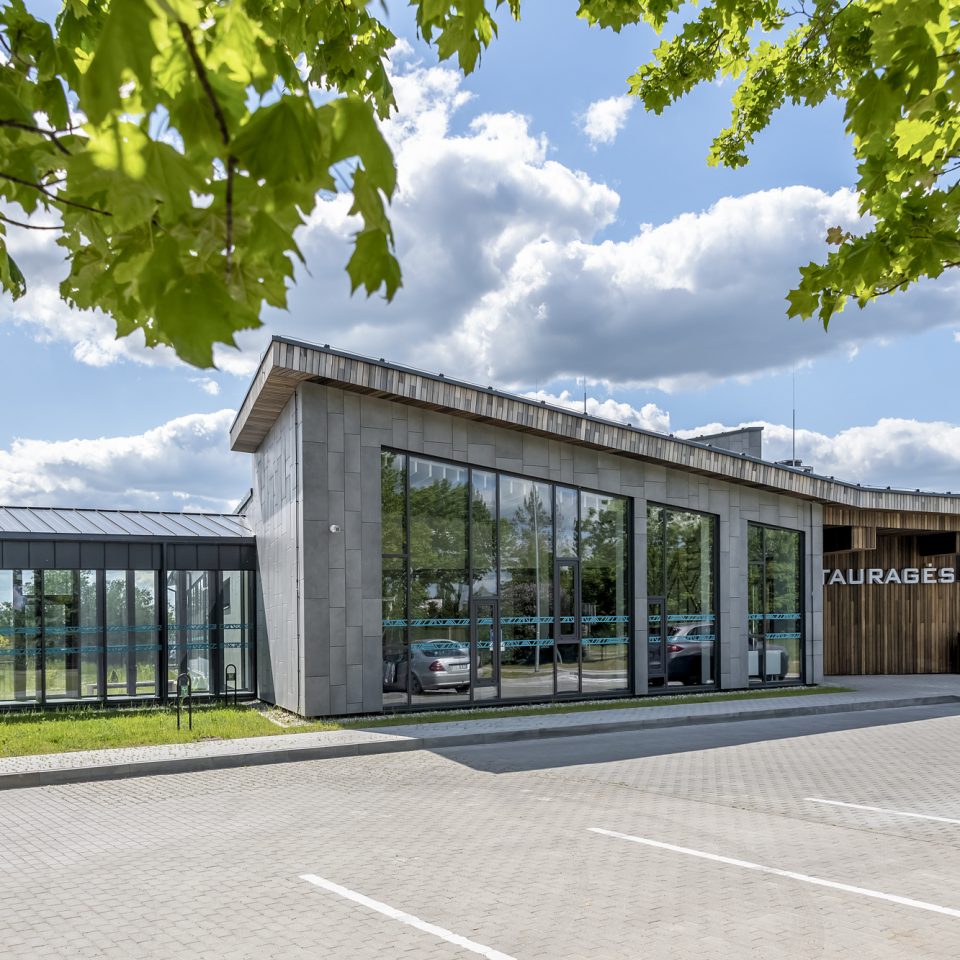 The former main cultural building of the military city was reconstructed. In stages 1 and 2 it was planned to change purpose of the building to sports building and in stage 3 it was planned to build a new annex, i.e., an entertainment swimming pool that is connected by a gallery with the existing buildings. Due to its specifics, the reconstructed building will become a centre of attraction for the community of Tauragė city, as premises adapted for physical and leisure activities were installed. 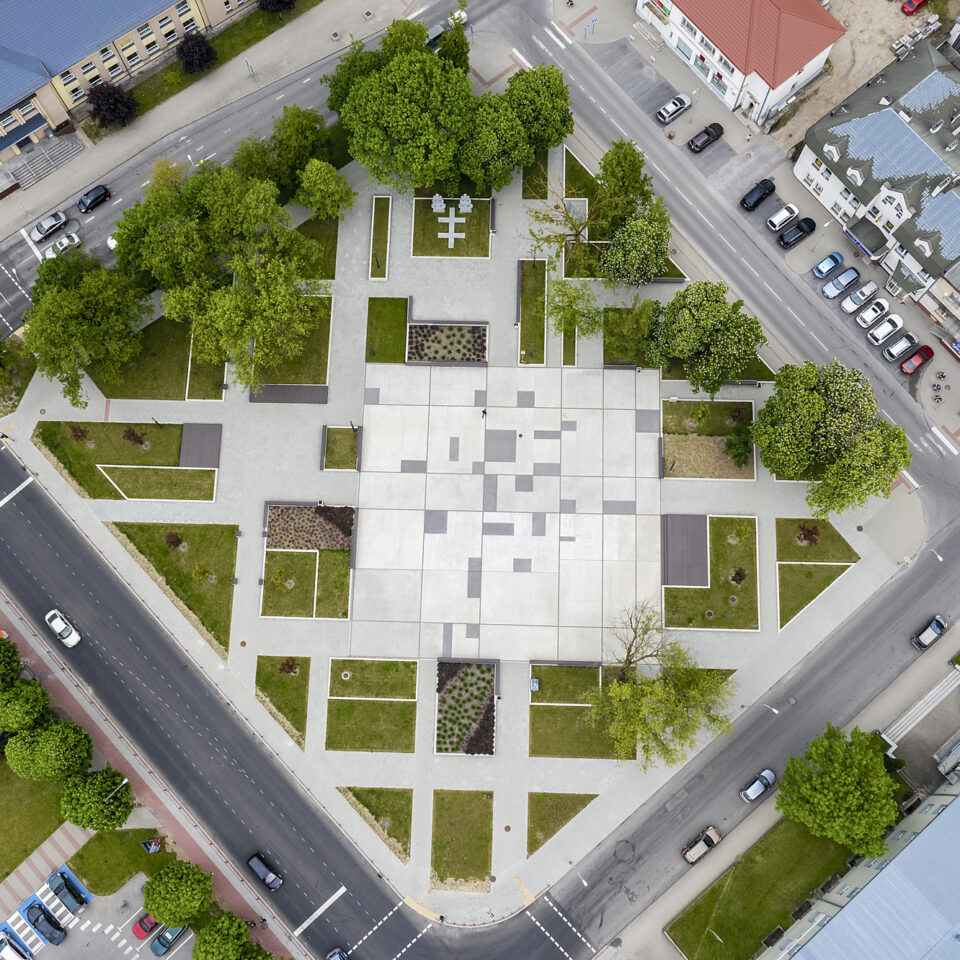 An improvement project of the Independence Defenders’ Square in Raseiniai. The Square is located in the central part of Raseiniai, surrounded by streets and pedestrian paths of significant importance to the city. The project solutions were planned according to a previously prepared detailed plan of the territory. The project provided for the removal of hard surfaces, utility networks, urban furniture and other unsightly objects in poor condition. Trees in poor condition were cut down. Existing objects of importance and trees in good condition were preserved. Sculptures located in the square were moved to another place within the city. 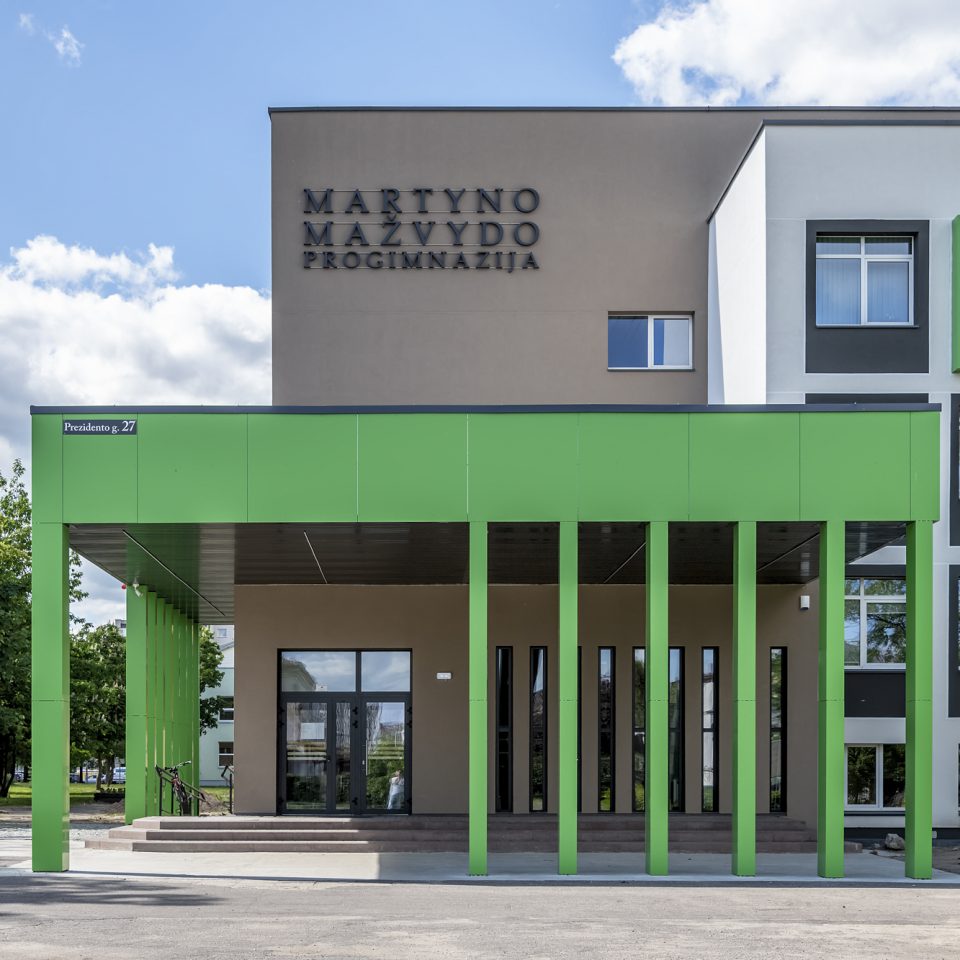 The reconstruction project of Tauragė Martynas Mažvydas Progymnasium aims to improve the energy efficiency indicators of the building, adapt the building to the needs of people with disabilities, and create and modernize learning spaces by implementing the ideas presented in the project proposals for renovation (modernization) of schools’ educational spaces. It was planned to implement arrangement solutions for the land plot and renovate the sports field. 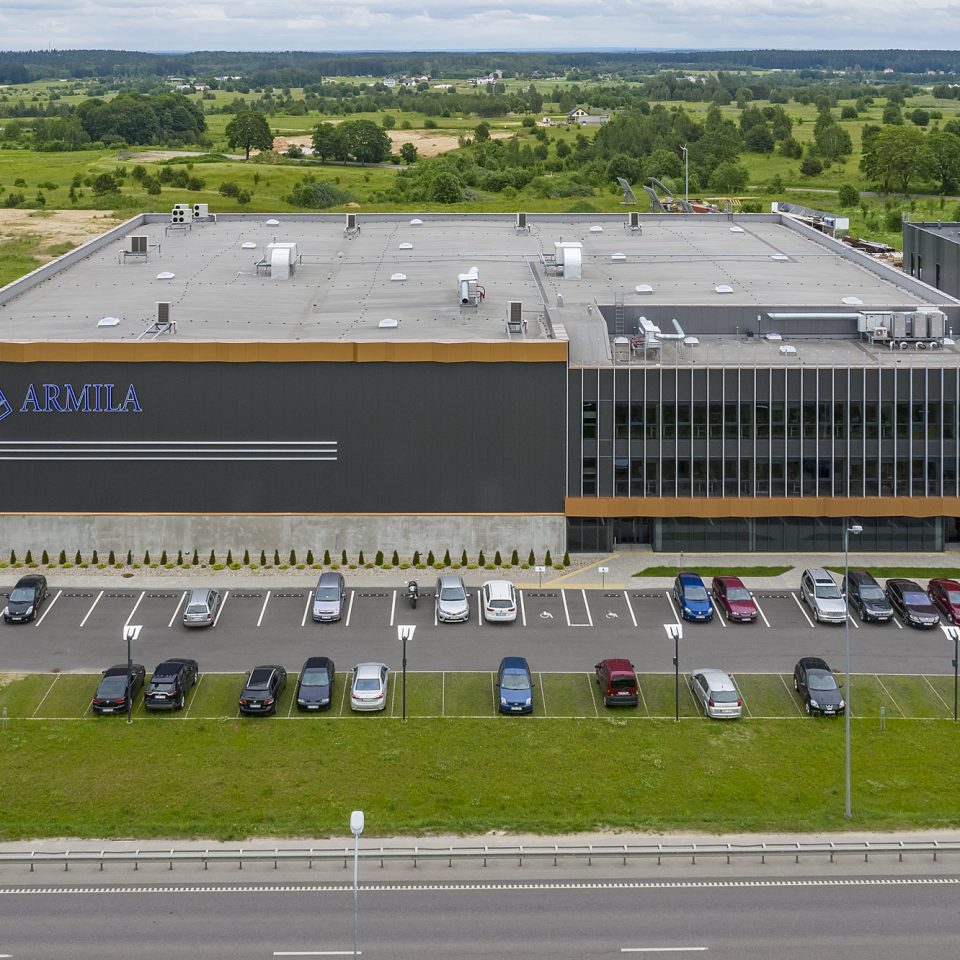 A wholesale building with administrative premises has been designed. This project was implemented on the basis of the built to suite concept, i.e., the building was designed and built according to the needs of a specific tenant, i.e., UAB Armila. 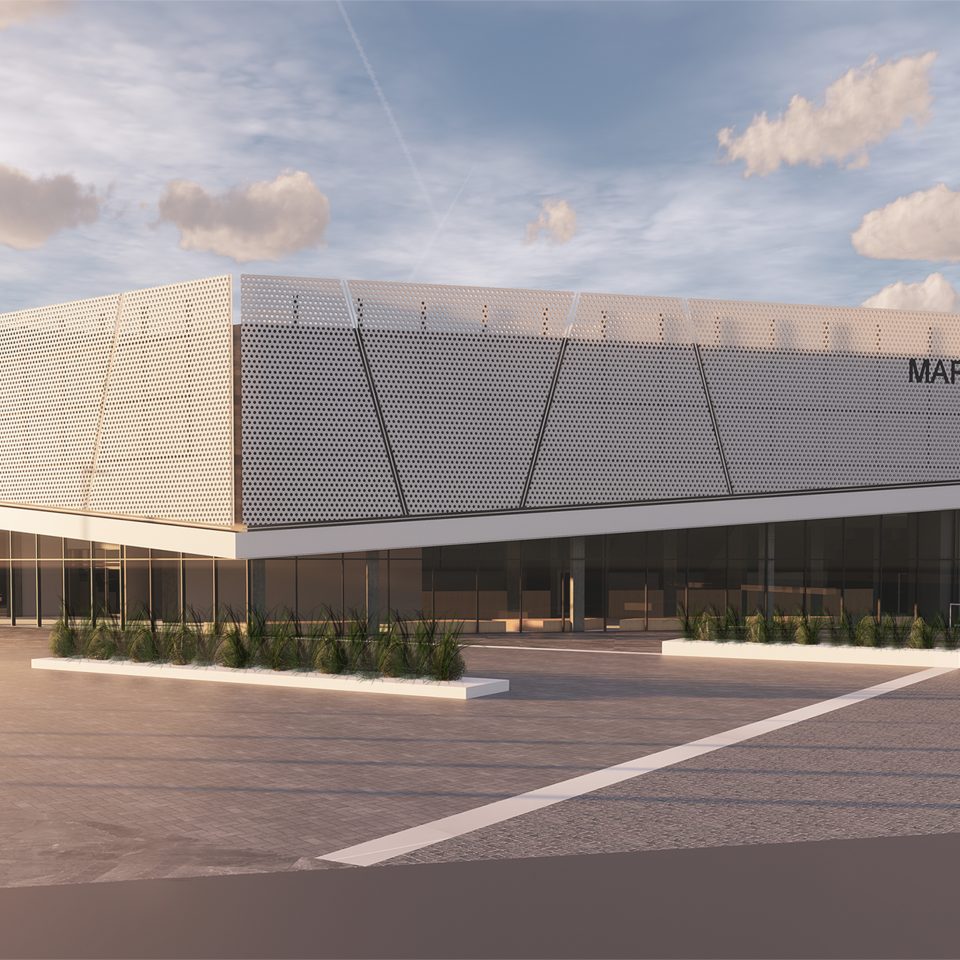 Multifunctional sports arena project in Marijampolė. The outside part of the building has a shape of an octagon. The inside of the universal sports arena has the shape of a rectangular parallelepiped. 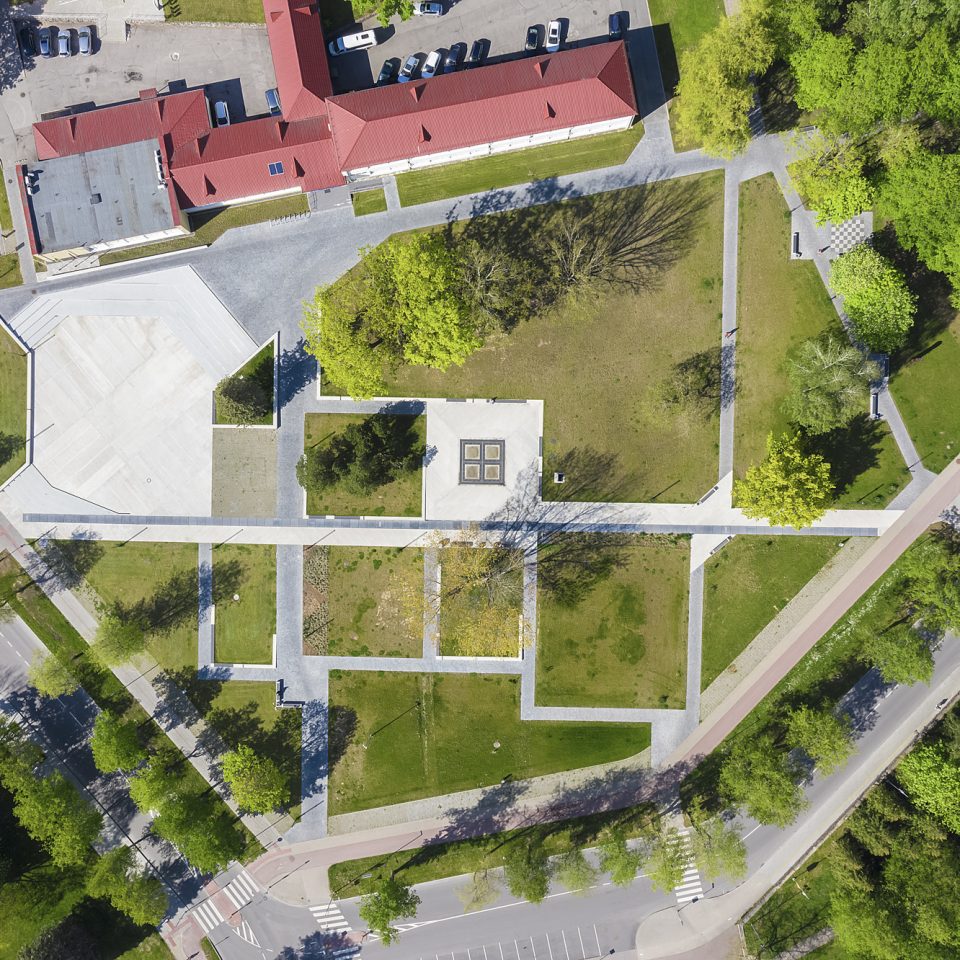 This project is intended for the arrangement of the central square that is located between the streets of Runga and Draugystė in Elektrėnai. The project envisaged the installation of a representative square for events (preserving the central spruce of the city), the putting of a new pavement, the installation of a “dancing” fountain, benches, and parking lot with an electric car charging station. The project solutions also envisaged the installation of a green energy station in a public space and other modern elements intended for public spaces. On the occasion of the centenary of the restoration of the independence of Lithuania, 100 decorative concrete tiles with dates important for Lithuania and the city of Elektrėnai were designed and installed on the pavement of the square. 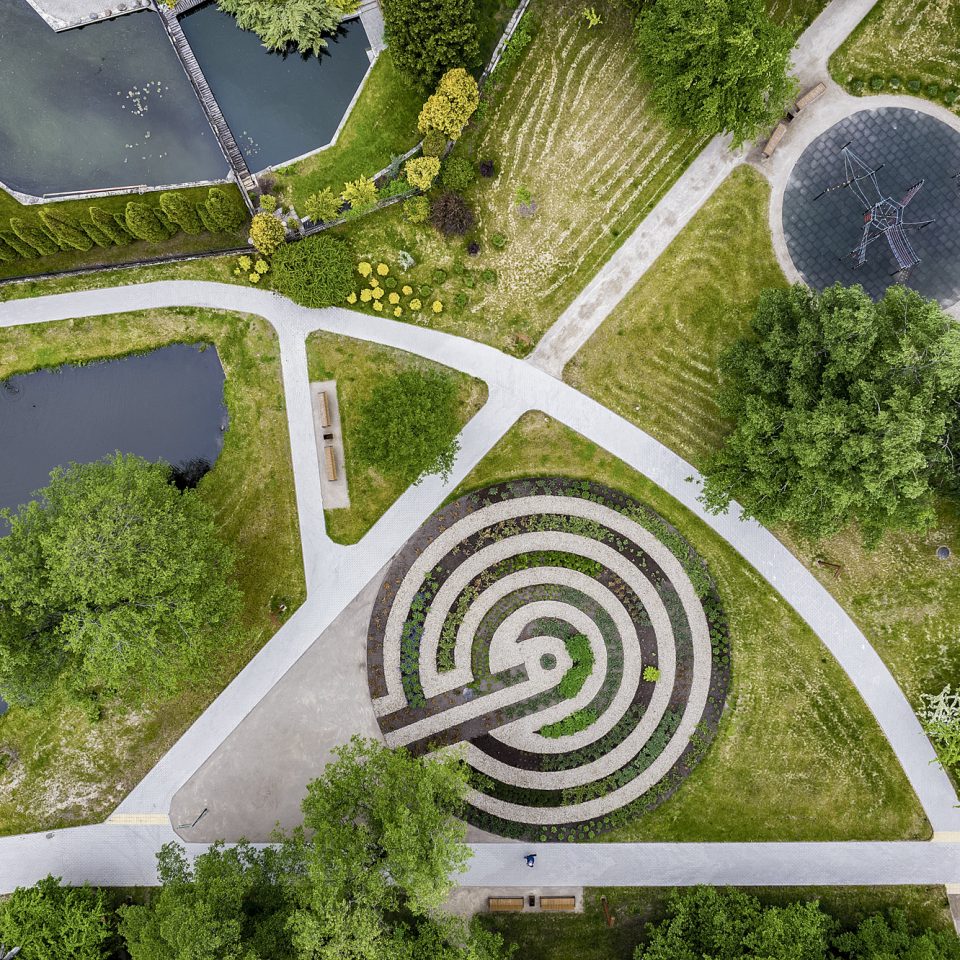 A reconstruction project of the Dominican square and Raseika park in Raseiniai was prepared. It was planned to create recreational infrastructure: accesses to parks and connections were arranged, functional zones were formed, quays were installed, new pedestrian paths and gazebos were installed and old ones were renewed, individual elements of small architecture were placed, lighting was installed, greenery was arranged, and flower gardens and plant expositions were installed. 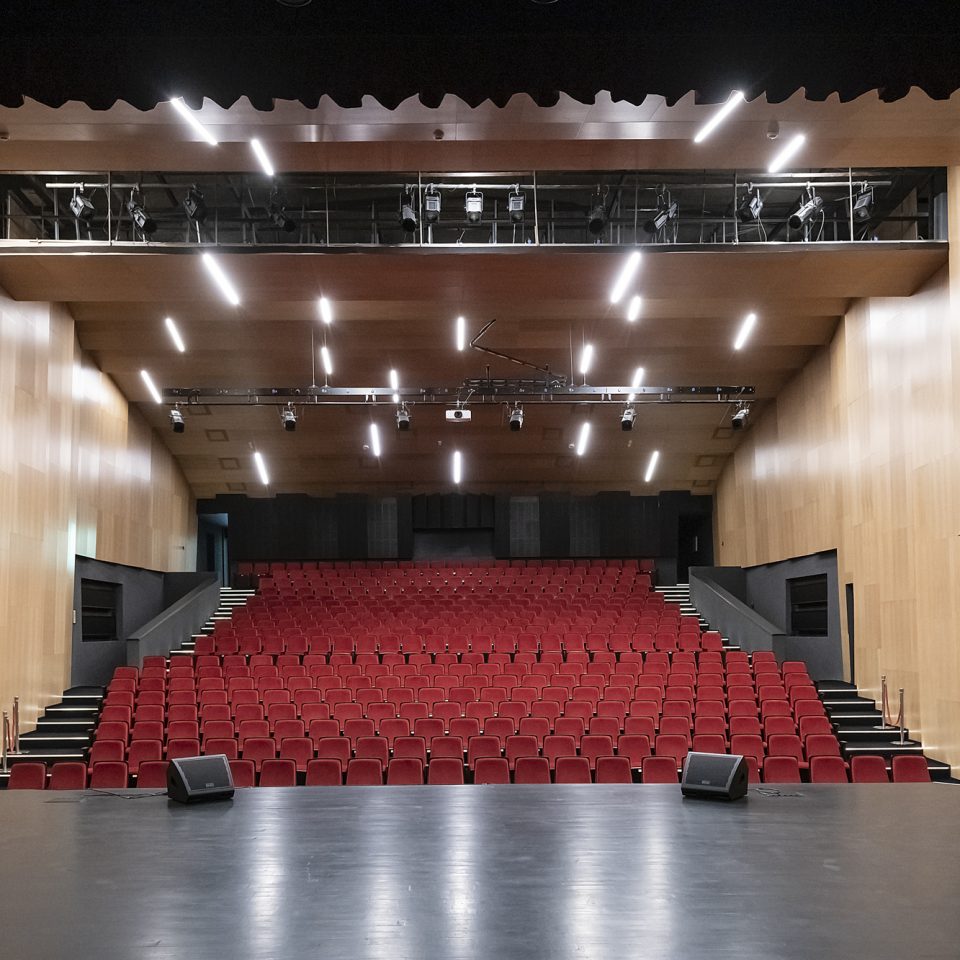 An interior renovation project of Kuršėnai Culture Centre has been prepared. The project envisaged the change of the A edition of the technical project prepared by UAB Statybos strategija in 2011 (the designer waived the copyrights of the project) carried out by changing the solutions for the reconstruction of individual premises of the building and engineering communications or by changing technical specifications and by adapting them to current needs. In parallel, a hall acoustics project was prepared. The main auditorium with auxiliary rooms, puppet theatre, and other premises were reconstructed. 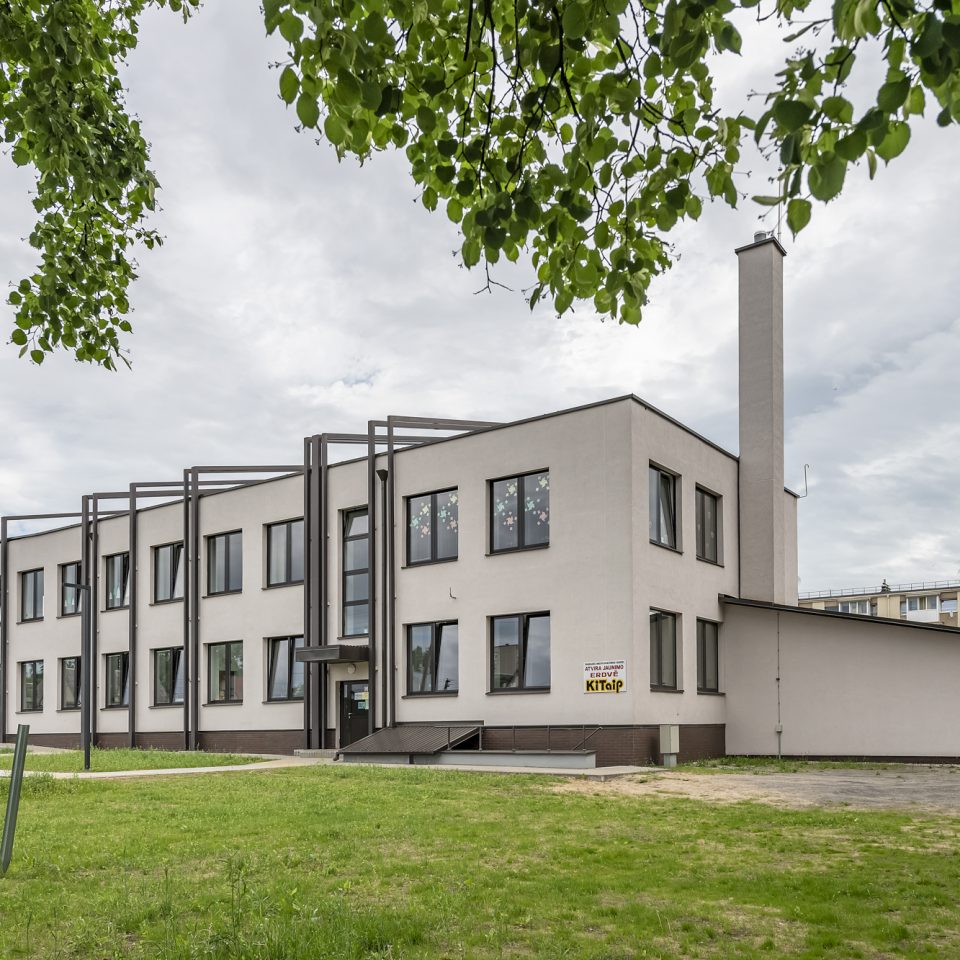 The Pabradė Cultural Center is a stand-alone building distinguishing itself from the surrounding building by both volume and function. The building has to stand out due to its function, and therefore the aim of this project was to reconstruct the existing building so that it could acquire greater dominance in the context of other buildings in Pabradė. At the same time the exterior of the building has the same silhouette as the former building but additionally dominant pitched roof elements were installed.